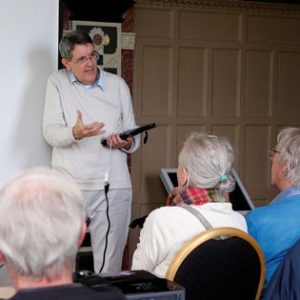 Jaytalks can offer your group, society or association a 60 minute illustrated presentation on a variety of topics covering local history in Enfield and Central London. All equipment supplied by Jaywalks.

ALL THESE TALKS CAN BE PRESENTED AS ZOOM’S

Here’s my current prospectus for ENFIELD

1.TREASON PLOTS AND MURDER
The 17th century saw half a dozen plots against the Stuart dynasty, many of them had local connections. This talk looks at how events and personalities in Enfield impinged on these conspiracies.
2.HENRIETTA CRESSWELL’S WINCHMORE HILL
A surprising amount of the Little Winifred’s “Lost Village” remains. With the help of old photos and Henrietta’s book we can recreate pre-railway Winchmore Hill and its fascinating characters.
3.MARKETS, FAIRS AND FESTIVALS OF ENFIELD
The history of the markets and festivals we still enjoy today are included in tonight’s talk. We also discover the “Enfield Bonfire Boys”  and “The Cheese Fair” and how Enfield drew 1000’s to its pageants and marts.
4.ELIZABETH’S GENTLEMEN
Elizabethan Edmonton and Enfield had some very influential citizens. We uncover a selection that would have been known personally to the Virgin Queen for good or ill.
5. A SPOONFUL OF SUGAR
From Pest House  to North Middlesex Hospital this presentation looks at the development of the health service in Enfield.
6.THE STRANGE CASE OF ELIZABETH CANNING
The great mystery of mid 18th century that captured the attention of Henry Fielding and the great and good of Enfield. A young girl disappears for a month claiming to be held at Ordnance Road. To this day we don’t know what happened to her. But we can speculate.
7.CHARLES LAMB IN ENFIELD
Charles Lamb and John Keats are now considered giants in the world of words and poetry. But both their lives were plagued by tragedy. The knew both Enfield and Edmonton well enough for us to consider them our sons.
8. THE LOST BUILDINGS OF EDMONTON
Pymmes, Weir Hall, Bury Lodge & the Empire on the Hill are just some of the buildings that disappeared in the last century that conservationist what have fought tooth & nail to save today.
9. 20th CENTURY WOMEN OF ENFIELD
I have the following 30 minute presentations available. You can mix and match them for a 60 minute talk.
Gladys Aylward, Florence Dugdale, Eileen Younghusband, Edna Clake Hall, Nancy Tait & Frances Perry.
10. ENFIELD CHASE
It covered 2/3rds of the Old Parish of Enfield and was an essential asset to the common folk. It was also the first industrial area.
11. NEW LAMPS FOR OLD
A history of the development of the electrical industry in Enfield. In the first half of the 20th century it was an equivalent to Silicon Valley
12. LEIGH HUNT
James Henry Leigh Hunt was born in Southgate and became a friend of Keats, Shelley, Lamb, Byron and even Dickens. But his companionship wasn’t always appreciated.
13. GEORGIAN ENFIELD
A survey of the old parish of Enfield in the 18th century.
14.SUFFRAGETTES AND SUFFRAGISTS
Several leading personalities from the Votes for Women campaign visited our area. This talk introduces them and the places they appeared.
15. SOUTHGATE
A brief history of N14
16. ENFIELD IN WW1
Enfield pre-empted the rest of England by declaring war a week early.
17. THE DARK SIDE OF ENFIELD
Ghosts, Witchcraft & Murder in the old parish of Enfield
18. THE NEW RIVER
An important part of the topography of Enfield for 400 years but the history of this company had a much wider influence
19THE HUNGRY YEARS
The Borough in the 14th century
20.ICE AGE TO SAXONS
A history of early Enfield
21.ENFIELD ENTERTAINS
A look at over 30 theatres and cinemas in the borough
22.THE DE MANDEVILLES AND AFTER
A history of Norman Enfield
23. CULTIVATED RESIDENTS
A look at some important horticulturalists in Enfields History
24. FORTY HALL
The history of the Jewel in the Crown in Enfields heritage buildings.
25.EDUCATION, EDUCATION, EDUCATION
A look at the battles between the church, state and charities for control of the education of our young.
26, ANGLICAN CHURCHES OF ENFIELD
In 1800  St Andrews and All Saints were the only parish churches in our borough. By the end of the century there were 20
27. THE RUDE MULTITUDE
Enfield in The Civil War
28. ENFIELD IN WW2
A review of Enfield from 1939/45
29. PALMERS GREEN
Palmers Green only developed in The Edwardian period but it has a a fine selection of buildings, personalities and anecdotes.
30.VICTORIAN ENFIELD
Railways, development of local government and early industry
31.JOHN KEATS IN ENFIELD & EDMONTON.
Hampstead claims Keats a their son but our borough has a bigger claim
32.THE ROYAL SMALL ARMS FACTORY
This industry put Enfield on the map for 170 years.
33. BOWLES FAMILY OF MYDDELTON HOUSE AND FORTY HALL
Henry Carrington Bowles married well. His descendents mixed with royalty.
34. FORTY HILL, BULLS CROSS & WHITEWEBBS
A look at the fine Georgian buildings on the northern fringe of Enfield
35.BOUNDS GREEN & NEW SOUTHGATE
Tiptoeing along the border of Haringey & Enfield we discover life on the edge
36. CLAY HILL
Enfield’s country side revealed
37.LAVENDER HILL CEMETERY
A history of  Victorian & Edwardian Enfield via the great and good who will turn in their graves if the could hear what I say about them.
38. SOME LOST BUILDINGS OF ENFIELD
We include Elsyngs & The Palace among twenty buildings that are no more
39. BUSH HILL PARK
Artisan Dwellings, Rustic Bijou Villas and Grand Mansions all here.
40. WOMEN AT FORTY HALL
Using our local stately home we look at women’s place in society through the ages
41. HOMES FIT FOR HEROES
A history of Social Housing in The Borough of Enfield
42. FOR ARTS SAKE
Enfield has a poor record for public art. This talks uncovers what is available for public view

To book a talk or enquire about other presentation please contact